The Sword That Explodes

Predominantly recorded in actors' homes (good old lockdown, eh) with some elements recorded at Rubber Factory Studio (when people were allowed out), The Sword that Explodes follows Clive, a naïve barbarian exiled from his tribe, and his subsequent adventures with new "friends" Lily and Roger as he tries to leave his old ways behind, with results ranging from disastrous to disgusting. Contains explicit content!

After one logistical faux pas too many, Clive is out on his ear and out in the world, vowing to leave his barbaric ways behind. Who can help him? Alright then, who can exploit him?

Listen to "Episode 1: Party of Clive" on Spreaker.

Episode 2: Well I Warned You

Our three new companions embark on a scam (which only two of them know about) which leads them to cross paths with a legendary figure.

Listen to "Episode 2: Well I Warned You" on Spreaker.

Episode 3: A Plague on All Your Howlers

The plague's in town, causing no end of murder and mayhem. On top of which, Clive's fancy new garment makes him the most irritating person ever.

Listen to "Episode 3: A Plague on All Your Howlers" on Spreaker.

A day trip across the sea takes a very unexpected turn for the trio. And when we say unexpected, we mean you would try not to expect it. You wouldn't want to think about it at all.

Episode 5: The King and Clive

Clive dips his gigantic toe into the world of politics in an effort to broaden his horizons beyond large-scale massacring.

Listen to "Episode 5: The King and Clive" on Spreaker.

Previous antics come back to haunt our regulars as they are forced to go on a quest led by a hero far too intense for her own good.

Listen to "Episode 6: Expecting to Flee" on Spreaker.

Donate and Get Extra Stuff!

If you enjoyed the episodes, you can chuck a few pennies our way here so we can make more of them, if you feel so inclined. Plus, all donations receive exclusive bonus material. Is this just the same thing as you buying extra stuff? Who can say. 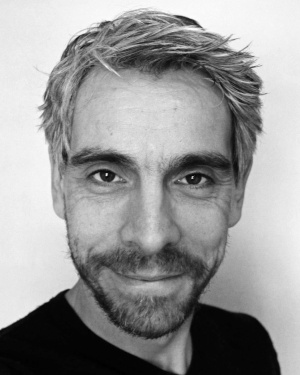 John is an actor and writer from West London. He has appeared in various productions on the stage of the Judi Dench Playhouse, including Orin in Little shop of Horrors, Shelley in Bloody Poetry, Michael in Festen, Banquo in Macbeth and Henry Law in When the Rain Stops Falling, as well as productions in The Stanislavsky Studio where he has played Neil in Dogs Barking, Herod/Joseph in the Flint Street Nativity and Martin in The Saliva Milkshake. He also writes, performs and directs for The Errors of Comedy sketch group, who have appeared in various venues around London. He has written plays that have performed on the Camden Fringe and selected for The Science Fiction Theatre festival. 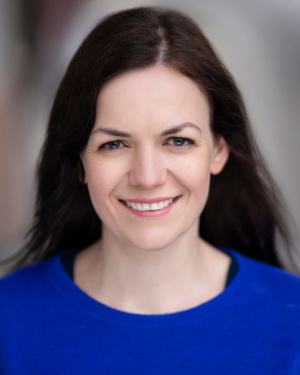 Gillian Horgan is from Cork, and trained at Drama Studio London. Audio credits include: The Bureau of Lost Things (LCW), Grass (Hidden Theatre), The Tragedy of Mariam and The Play of Love (Beyond Shakespeare), Sketch, Please! (Podcast Pioneers).

Screen credits include: The Widow, Reveries, Hungry Dogs, Persona Non Grata, The Wives Did It, The Inner Life of Veronica. 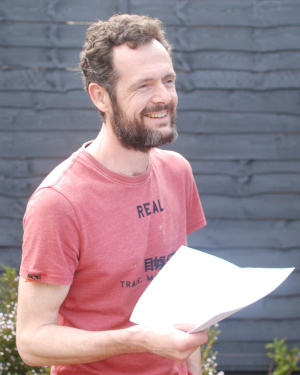 Steve Kent has appeared in many stage productions including Birthday Suite (English Theatre of Hamburg), Crimes of Passion (Edinburgh Fringe) and in many comedy sketch shows over the years. His audio credits include The Lost Tape of History Podcast (Since 79 Productions) and Not Stalking David Tennant (Edinburgh Fringe). He is also a regular on the stand-up open mic circuit. 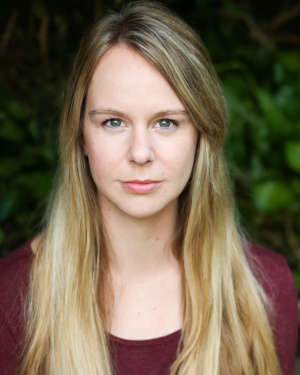 Holly is from Nottinghamshire, now based in West London. Other voice work includes Nancy in 'Double Act', a radio play about Agatha Christie's disappearance and Lady MacDuff in 'Lady MacDuff', both for Political Art. These have featured on regional and hospital radio stations across the country.

Voice work for Evcol Entertainment includes roles in; 'Flat Stuck and Roundabout Dead', 'Deer Hunt', 'The Boy Who Would Save the World' and 'PA'ing'. 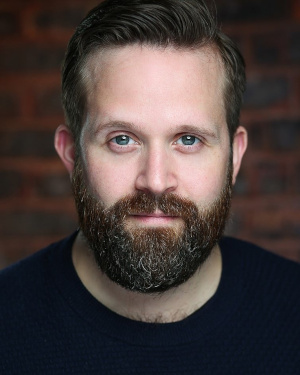 Screen Credits include role in major Warner Brothers movie out next year, Robot Overlords for Embankment Films, Two Days in the Smoke for Slate4Films. 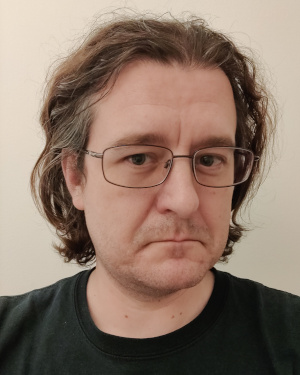 Kevin is a computer programmer by day and comedy fan by night. The Sword That Explodes is his first attempt at voice acting. 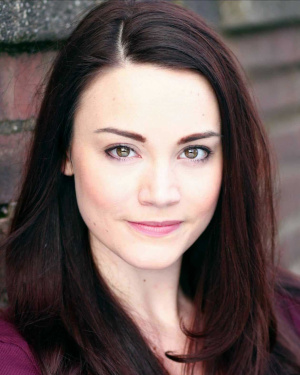 Elise Whyte audio credits include Jasper Dragon Series (Audiobook), Art of Embroidery (Educational) and Save the Children (Advert). She has also appeared as the Yoga Girl for Propel (Commercial) and Ugly Sister in Cinderella Pantomimes in multiple venues around the UK. Elise is a comedy writer and actor for BBC Sesh. 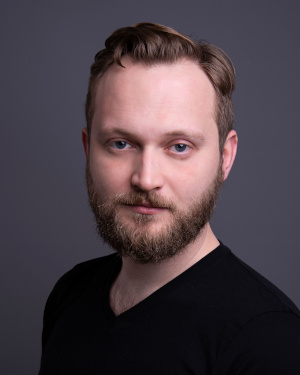 Tom Crowley is a writer, actor and comedian. He plays Eric Chapman in podcast sitcom Wooden Overcoats and plays Inspector Fleet in podcast comedy drama Victoriocity. He has also performed in productions for BBC Radio 4, Fremantle Media and Somethin' Else. He has written for Wooden Overcoats, BBC Radio 4Extra, Six to Start and Bafflegab Productions. His solo sketch comedy podcast Crowley Time is available on all podcast apps and at https://crowleytom.com/crowley-time. 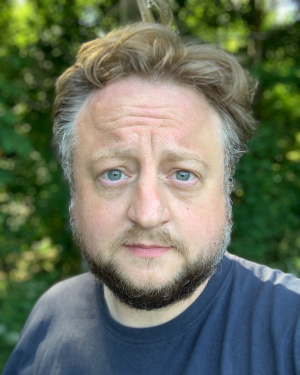 Keif Gwinn is a London-based Director and Producer with over a decade of experience in the creative industry. Recent work includes satirical web series British Rationals and short film Russian Whispers, both of which he created, directed and produced. Other credits include Director of Photography/Editor for web comedy series 'The Intrepid Adventures of Pamplemousse Lautrec', Co-Director/Producer of short comedy 'The Man With His Fingers In His Ears' and Producer/Editor for web comedy series 'Ground Rules' and 'Spads'. He generally appears in his work as a voice over, which is perfect for this project. 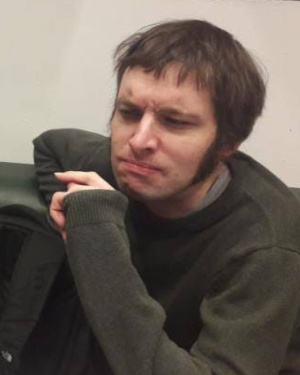 Olly's play The Boring Room was produced at VAULT Festival in 2018. He also wrote an episode of the podcast sitcom The Bureau of Lost Things from the London Comedy Writers group. 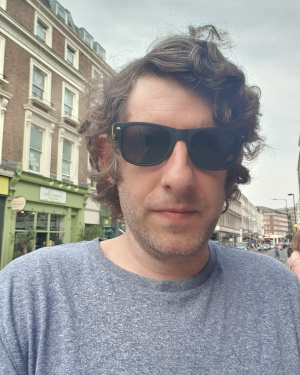 Nick is a writer and former Press Association sports journalist now turning his self-described talents to comedy. Recent credits include satirical web series British Rationals (writer/producer), London Comedy Writers presents Sketchley Park (writer) at the Canal Cafe Theatre and The Intrepid Adventures of Pamplemousse Lautrec (actor, general lugger around of lights). The Sword That Explodes is his first foray into the world of audio comedy and, hopefully, not his last. 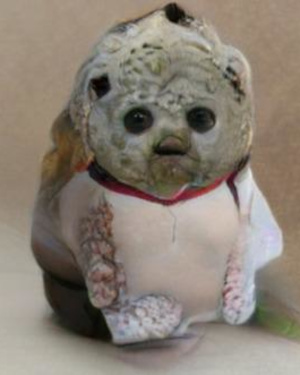 Stefan is a freelance engineer/editor living in London. He is also a musician. Find more of his work on SoundCloud and Spotify.